Why not use Normal Safety Boots ? 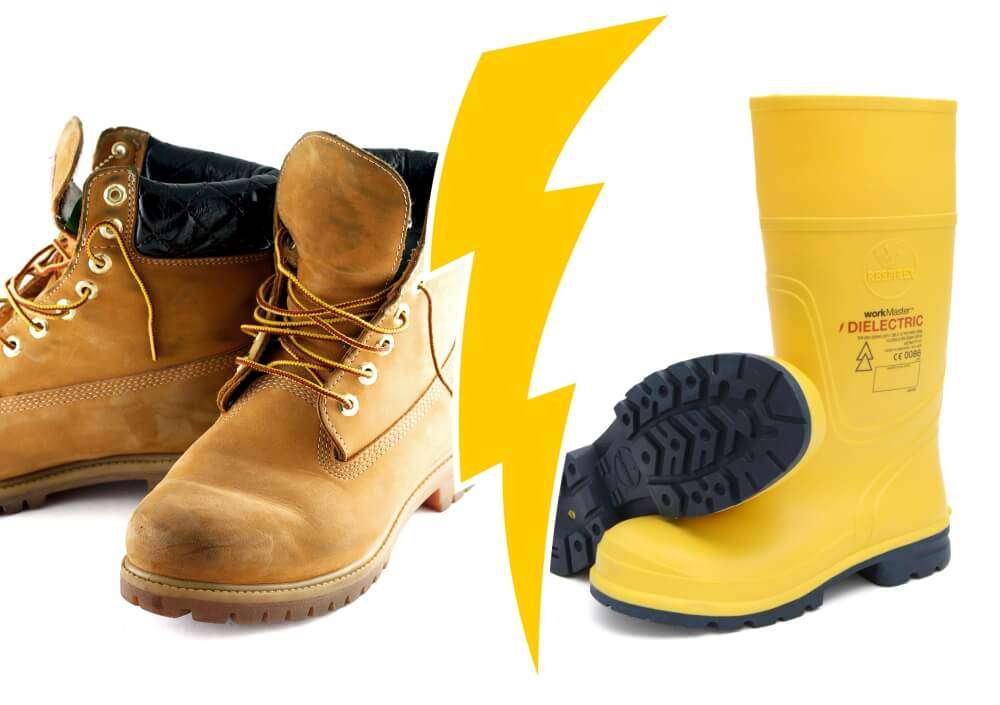 Electrically insulating footwear provides just one part of your personal protective equipment. Dielectric boots should be used, where possible, in conjuction with electrically insulating gloves, tools and matting. Dielectric gloves share the same classes as the boots in EN 3021-1:2018. Gloves are often your first point of contact with potentially dangerous high voltage equipment.

Dielectric matting is often used in areas to cover live or potentially dangerous parts. However dielectric matting has it's limitations. It is often very heavy therefore moving it around can be strenuous and increases the risk of the worker not using the equipment. It can also be easy to accidentally step off an electrically insulating matt, especially if there is a risk of something falling from above. Dielectric footwear provides full freedom of movement for the operator, rather than being restricted to the area of the insulating matt. For this reason dielectric footwear should always be used when you are using dielectric matting, providing an extra layer of protection through redundancy.

The bright yellow and green compounds of dielectric footwear is highly visible and therefore makes it clear to a site manager that the PPE is being worn.

WHERE ARE THEY USED?

No comments available for this Blog